Questioning something? Going through an awakening? Talk about it here, and feel free to talk about questioning and awakening you've been through in the past.
Post Reply
5 posts • Page 1 of 1

How old were you when you awakened to your first kintype? Do you feel like you were ready?
Top

I was around 21 years old. I was fresh out of college and working as a part-time night security guard, snuggled up to Jas for a long night of watching some classic anime on my day off. We'd been watching a lot of anime lately, and Jas decided to put on the Slayers movies, thinking I'd enjoy them.

I remember settling in and watching as the movie started and hearing this GODAWFUL LAUGH. Just the most obnoxious Ohohohoho laugh I've ever heard. And I felt my stomach drop. I felt bone deep embarrassment wash over me as it panned over. I knew, against all logic, what was coming. And when I was greeted with Naga the Serpent's first scene i went **fuck**.

And it all came tumbling down. I wasn't ready, and it's been a hell of a ride since then.
The Serpent | Deluge#8671
" When humanity stands strong and people reach out for each other there is no need for gods."
I should make a banner
Top

So I would consider my awakening to be very recent. I'm sure I'm still waking up in a sense and I'm definitely still filtering things out.
But it was just from casual conversation with desire a (few) month(s?) ago where it made me more aware things I had experienced since childhood wasn't exactly considered the norm. And since then I have been a lot more aware of myself and found out a lot. It kinda just kicked me from my state of "it doesnt really matter/its just fake" that had been absorbed from everything around me, and made me actually listen to parts of myself and feelings I was ignoring.
Had I awakened fully to this sort of thing and known at the young age I first experienced stuff I think I would have been even less ready than I am now. Not to even get to far into what my beliefs were at the time and how hard it would have clashed.
Now, though I'm not sure I'll ever be ready, I feel I'm in a way better place to become more ready and to figure more of this stuff out.
Loading Dreamscape....
Top

ok so my first awakening was shigaraki- even tho it wasnt the first kintype i knew. so like b4 i came 2 full ~awareness~ reason who was the host n shit had already known i existed as my angel self- and then i was able 2 like comunicate and shit after DMMD- but neither were really like active questioning processes. i just already knew u feel?
so like shigaraki bullshit right
i had technically already watched my hero academia- but technically not me. so like i had the rough memories of it, but because we watched it when we were singlet mode it didnt rlly like hit me
but i was just fuckin vibing one day when i got hit with a massive shift out of nowhere and i had this feeling of oh no i know exactly who this bitch is
there was this massive need to like tear myself to pieces, i was angry, it just felt super strongly u kno
anyway i was like fuck this guess i gotta open this worm can huh- so like i start watchig my hero- a show that like when we first watched it we enjoyed but GOD i couldnt stand it!!! sHIT SUCKED SO MUCH ASS! SHIT GLORIFIED HEROS TO ALL HELL AND MADE MY SKIn CRAWL
bro it didnt take me long at all to confirm this shit lmao- i hated every second of watching izuku do his bullshit and get praised for it at every corner even though i knew he stood for everything i hated
anyway lmao ill stop here before i shit myself on a hero rant
also apparently this is basically my one year aniversary of this shit- idk when exactly this shit ate my ass but it started late feb early march according to the photos i started saving lmao so theres that
EDIT: ASS SHITTING BEGAN MARCH SECOND OF 2021 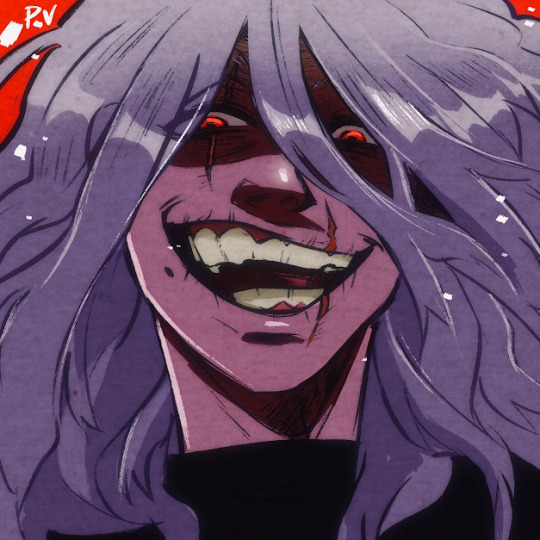 So, 2015. I browsing tumblr when I saw a post with a ton of notes talking about this game called Undertale that just released. I remember seeing the trailer and going 'huh, this is cute and it reminds me of Earthbound, I should play it!'. I have a day off, so I pick it up that day and begin playing.

From the very beginning of the game, I became extremely emotional, which is very odd for me. I didn't really grasp what I was supposed to do in the fight against Toriel, so I ended up killing her, and it made me completely distraught. I put down the game for a few hours after it because I was so upset. That was my first tip that something was... Off about this.

After I took a break, I kept playing, and I ended up doing an entire playthrough (about 6 hours) in one sitting. I went to bed, woke up the next day, and ended up doing the true pacifist run. I don't cry when it comes to media very often. So when I tell you that when I saw the player hug Asriel in the end, and I got brief flashes of actually hugging him, feeling his fur on my face... I bawled. I sat there and cried for quite a while.

About a week passes, and Undertale is still on my mind. I end up doing the route where you kill everyone, and seeing Chara. I was wildly intrigued by them. Who were they? Why are they being portrayed like this? Are they really some kind of world destroying demon? In the back of my mind I knew that wasn't true. They loved their brother and wanted to free their family, right?

My brain just kept feeding me this information, and it came to a point where I just... Ignored it. I stuffed it away because I thought I was obsessed with the game. But the longer I disconnected myself, the more questions I had. After a few months went by, I saw that one of my friends was talking about being kin with Asriel, and their experiences as him. After a couple days of struggling with myself, I asked them about it, and we ended up talking about what I remembered. They told me I was very likely fictionkin, and that trying to repress it probably would do more harm than good.

After I accepted that I was very likely Frisk in the past, the memories came flooding in. I really wish I would have kept a log of everything I remembered. What my first awakening really taught me, is that seeing people happy and making memories with people important to me is a huge part of my life. Since that awakening, I've been much more social, and I always want to do things with the people I love. It's really helped me learn about myself and what I enjoy doing.
sometimes, i can feel the treble below me
pounding through the floor, my body's so restless
Top
Post Reply
5 posts • Page 1 of 1